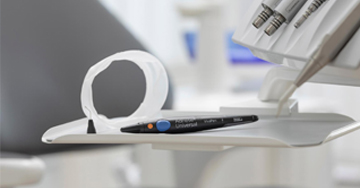 Advanced adhesive systems – What is the difference between etch-and-rinse and self-etch systems and what are the main advantages of the two application methods? We take a closer look at this topic and offer tips on how to simplify your treatment protocol with the help of Adhese Universal.

In esthetic dentistry many different routes lead to the same goal. By the same token, a universal adhesive system can considerably simplify the clinical workflow of many different direct or indirect restorative treatments.

Bonding mechanism: An adhesive bond is created by dissolving calcium and phosphate components in the tooth structure and then infiltrating the porous tooth surface with a low-viscosity composite resin (bonding agent).

In order to establish a long-lasting bond between the composite resin and the tooth, their surfaces have to be brought into very close proximity to one another. Adhesive systems (bonding agents) produce ideal conditions. The current adhesive systems are divided into the following categories:

Each of the mentioned techniques has certain advantages.

The foundation of a strong adhesive bond: conditioning of the tooth surface

In the conventional etch technique, a micro-retentive pattern is etched on the tooth surface: In other words, the smear layer of the tooth is removed with phosphoric acid and the tooth structure is superficially demineralized. In this process, the top-most components of the dental enamel are dissolved and rinsed away. The inorganic components of dentin are removed according to the same principle. However, in this case a network of organic collagen fibrils remains. Consequently, the conditioning of dentin is more complicated than that of enamel. Etching with phosphoric acid furthermore exposes dentin tubules, which are susceptible to postoperative sensitivity.

The challenge: The tooth surface (particularly dentin) is hydrophilic, while composite resin is generally hydrophobic. An effective adhesive system must be capable of generating a bond to both types of surfaces.

The difference between etch-and-rinse and self-etch systems

Etch-and-rinse systems require the cavity to be conventionally conditioned with phosphoric acid. Subsequently, the adhesive system is applied to the prepared tooth surface. In contrast, self-etch adhesive systems do not require separate etching. The tooth structure is conditioned by functional monomers that are contained in the adhesive system. The enamel can be additionally etched or conditioned to enhance the quality of the bond (selective enamel etching).

Etch-and-rinse adhesives, which are often referred to as the gold standard,) generate the best possible bond to enamel, particularly on unprepared enamel, while self-etch adhesives are easier to use and minimize the risk of postoperative sensitivity.

Self-etch systems and how they differ

One-step, one-component self-etch adhesives (e.g. Adhese Universal) are the only real all-in-one systems available: conditioning, priming and application are accomplished in one step due to a sophisticated formulation – Click. Bond. Done.

These universal adhesive systems are much easier to use because they do not require any premixing or application in multiple steps. Straightforward systems such as these save time and reduce the possibility of handling errors. In addition, they lower the risk of postoperative sensitivity, since the self-etch process is quite gentle.

The main advantage of the self-etch technique is that the tooth structure is simultaneously conditioned and infiltrated. This method simplifies and shortens the bonding procedure. It is easy to use and less technique sensitive and it produces reliable bonding results.

A self-etch adhesive that comprises the primer and adhesive in one material is known as an all-in-one system. Only one component is responsible for the etching, priming and bonding operations. Adhese Universal is one such product. This universal adhesive system is capable of generating a strong bond to a wide variety of restorative materials due to its sophisticated formulation. Adhese Universal has both hydrophilic and hydrophobic properties. As a result, it produces a homogenous and stable film layer, which is technique tolerant. At the same time, Adhese Universal establishes a lasting strong bond on enamel and dentin, irrespective of the etching protocol used (etch-and-rinse, self-etch, selective enamel etch). Adhese Universal optimally wets dentin and enamel. It penetrates the dentin tubules and seals them, thereby effectively reducing the risk of postoperative sensitivity.

Click. Bond. Done. Adhese Universal is conveniently and comfortably applied from the innovative VivaPen, which minimizes any waste of the adhesive. The click mechanism of the pen-like delivery form allows you to work with maximum efficiency. 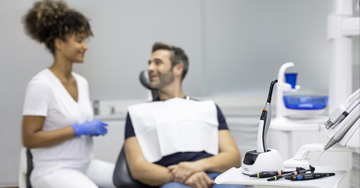 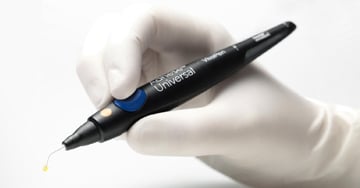 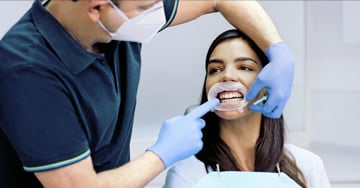